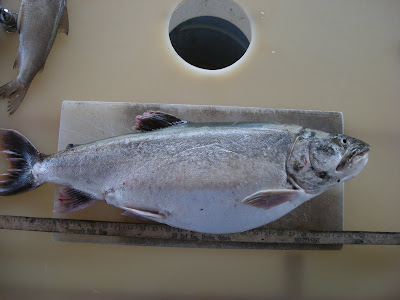 Yes, there are bigger fish in Clearwater Lake. This one, caught by an angler who wishes to remain anonymous, could not be released. 32 1/2 inches and 15 pounds. On closer examination it was revealed the fish was a male and the large gut was actually a half digested whitefish. Probably the reason it could not decompress and succumbed to the bends. 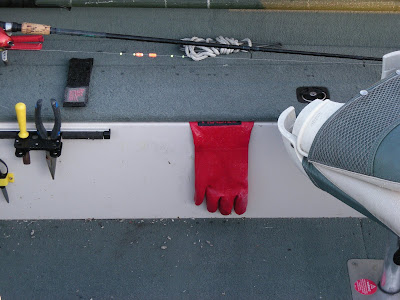 The location of the “Professor” and his red glove is uncovered. Obviously, like the “Dark Prince”, the Professor spends his daylight hours under cover of darkness…..in this case inside his livewell. Perhaps that is the reason for the pasty, undead look he often exhibits. 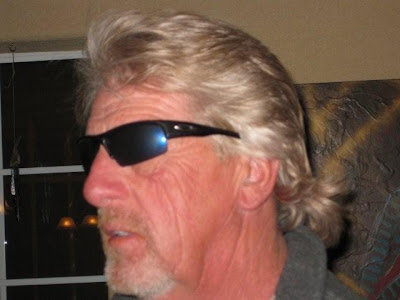 A rare photo of the “Newmexicam” without his white spandex shorts and hairless legs. Taken shortly before a Nick Nolte look alike contest. 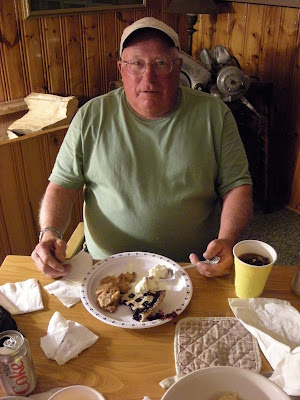 At the recent Muskie Madness Week pot luck dinner and awards night, Big Dick Keller shows the real secret for obtaining true “big” status. Apparently it has nothing to do with his gig with the band “Big Dick and the Penetrators” or his often heard phrase ” The bigger the nose, the bigger the hose!” What about the rumour that Willy Nelson died………………………