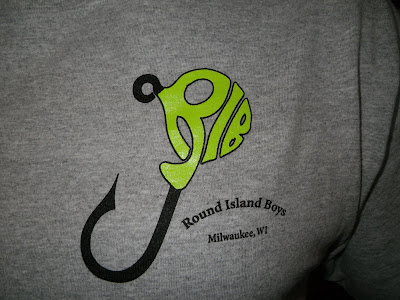 In this new series, “The Guests of Vermilion Bay Lodge”, we will shine our spotlight on those folk who make the annual trek to Eagle Lake in NW Ontario. Who are they and what makes them tick? The “Round Island Boys” from Milwaukee, Wisconsin….an enigma wrapped in a shroud of mystery? A group of walleye anglers led by a leader driven by the need to catch as many fish, and drink as many beer, as possible? Let’s view the details……. 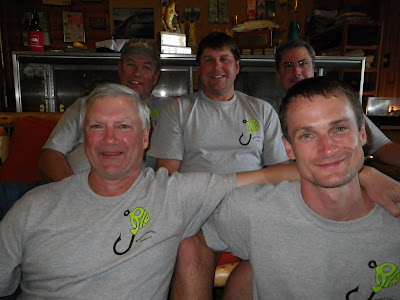 Back row (left to right)…..Arnie Novak…..known for catching geriatric walleye and landing the “big one” while fishing solo. Steve Blatter….has been seen trimming trees at the lodge around cabin #6 to allow for better monitoring of Round Island…a seasoned walleye veteran. Rob Hanel…don’t let his sleepy demeanor fool you, his walleye catching prowess is second only to his ability to smoke cigars and consume Labatt’s Blue. Front row (left to right)….Pat Mitchell…reluctant bottom bouncer and accidental muskie angler….knows his way to the beer fridge. Mike Mitchell…known for his ability to navigate Eagle Lake and, in particular, a route to Round Island in a fog. Also, passionately driven to try and pull the starter cords out of the camp motors.
Favourite time to fish Eagle Lake Ontario…………end of August, Early September
Favourite cabin at Vermilion Bay Lodge……………cabin #6
Favourite activities……..jigging for walleye, shorelunch, campfires, sitting on the deck by cabin #6, cigars, beer, fishing Eagle Lake, relaxing in the screened porch, harassing each other.
Favourite fishing hole……..it might be Round Island??