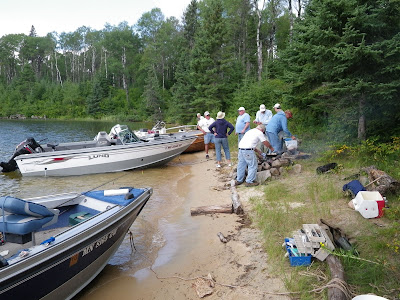 The 5th annual “Walleye Madness Week” was held during the week of July 24th, here at VBL. Good weather, good fishing, fine folk…….and a good time had by all! Pictured above was a mid-week shore lunch hosted by the “Dick’s”. 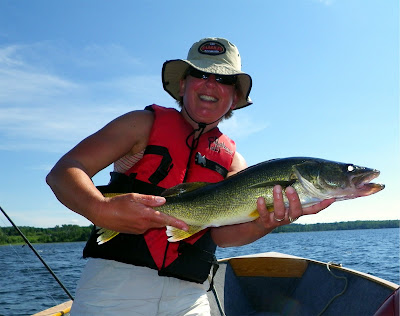 Even Susanne had a chance to get involved. Here’s a nice slot sized fish (25 points) that was caught trolling a Rapala in 12 feet of water near the “Straights of Gull Isle”. 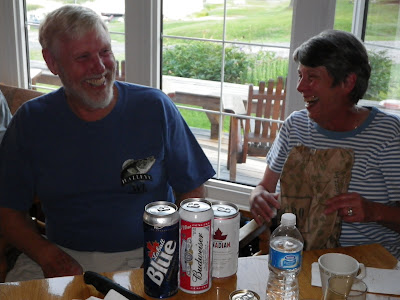 The Thursday night awards night and pot luck was a highlight of the week. Bruce and Sally Rasmussen seem rather pleased with the LCBO gift pack. Finally a beer big enough for Bruce! 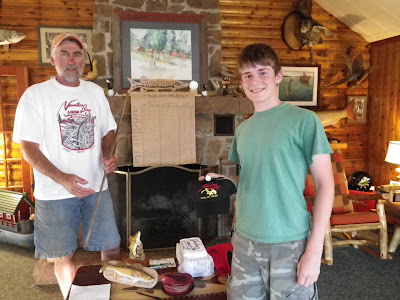 Connor Anderson was the youngest angler who entered a fish into the competition. Way to go! 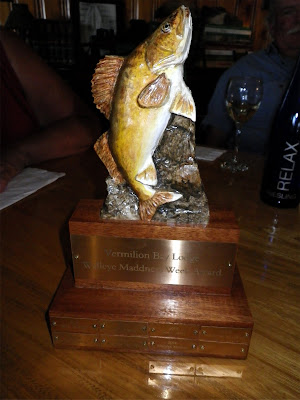 The coveted Walleye Madness lodge trophy which has the archives of competitions past. The take home trophy was a nice hand carved walleye plaque done by Toronto artist Charles Weiss. 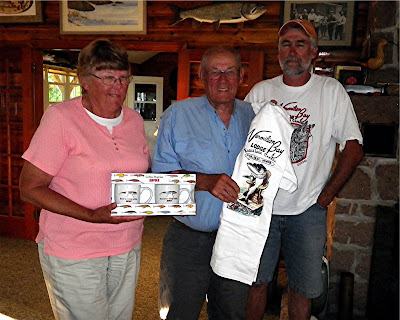 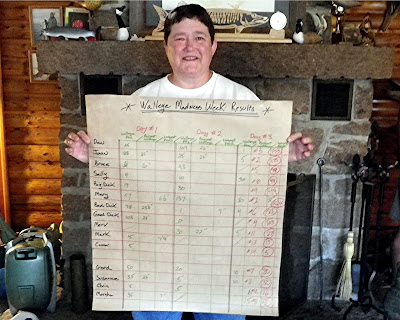 What happened to the men in the competition? Of course, the Professors, are not up to the rigorous challenge of a mid summer competition, and prefer the much easier deep water bite. Well, maybe they will muster the courage for next year!?!
Some noteworthy men did receive recognition. Merv “It’s all bullshit” Anderson was awarded “Most Improved Angler” by actually catching some walleye this year! Well done Mervin!! Bad Dick Buchie was the winner of special “Shorty” pliers and a “King Rat” lure for his outstanding catch of a 9 inch perch. Congratulations on landing that lunker!

We look forward to the last week in July, 2011 for the 6th Annual Walleye Madness Week……..See you there!